In the last few weeks, I’ve had several interesting conversations concerning email encryption. I’m also trying to develop some concept of what areas Thunderbird should view as our special emphases as we look forward. The question is, with our limited resources, should we strive to make better support of end-to-end email encryption a vital Thunderbird priority? I’d appreciate comments on that question, either on this Thunderbird blog posting or the email list tb-planning@mozilla.org.

In one conversation, at the “Open Messaging Day” at OSCON 2015, I brought up the issue of whether, in a post-Snowden world, support for end-to-end encryption was important for emerging open messaging protocols such as JMAP. The overwhelming consensus was that this is a non-issue. “Anyone who can access your files using interception technology can more easily just grab your computer from your house. The loss of functionality in encryption (such as online search of your webmail, or loss of email content if certificates are lost) will give an unacceptable user experience to the vast majority of users” was the sense of the majority. 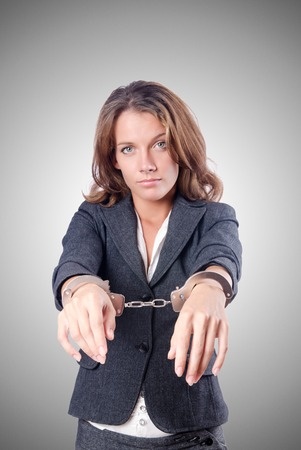 In a second conversation, I was having dinner with a friend who works as a lawyer for a state agency involved in white-collar crime prosecution. This friend also thought the whole Snowden/NSA/metadata thing had been blown out of proportion, but for a very different reason. Paraphrasing my friend’s comments, “Our agency has enormous powers to subpoena all kinds of records – bank statements,  emails – and most organizations will silently hand them over to me without you ever knowing about it. We can always get metadata from email accounts and phones, e.g. e-mail addresses of people corresponded with, calls made, dates and times, etc. There is alot that other government employees (non NSA) have access to just by asking for it, so some of the outrage about the NSA’s power and specifically the lack of judicial oversight is misplaced and out of proportion precisely because the public is mostly ignorant about the scope of what is already available to the government.”

So in summary, the problem is much bigger than the average person realizes, and other email vendors don’t care about it.

There are several projects out there trying to make encryption a more realistic option. In order to change internet communications to make end-to-end encryption ubiquitous, any protocol proposal needs wide adoption by key players in the email world, particularly by client apps (as opposed to webmail solutions where the encryption problem is virtually intractable.) As Thunderbird is currently the dominant multi-platform open-source email client, we are sometimes approached by people in the privacy movement to cooperate with them in making email encryption simple and ubiquitous. Most recently, I’ve had some interesting conversations with Volker Birk of Pretty Easy Privacy about working with them.

Should this be a focus for Thunderbird development?

Kent James has been active in Mozilla Thunderbird since 2007, working mostly on backend code affecting message folders and filters. He is currently serving as the Chair of the Thunderbird Council. Kent is the principal of MesQuilla LLC which makes the ExQuilla Thunderbird add-on, providing support for email and contact sync using Microsoft Exchange Web Services.